“I’m trying to free your mind, Neo. But I can only show you the door. You’re the one that has to walk through it.” – Morpheus, The Matrix

Obviously there is no physical door to go through to free the mind. Or at least, there has been no News about someone having created such a door in physical reality. To walk through a door to free the mind… this must be a metaphor then. “It is by metaphor that language grows. The common reply to the question »What is it?« is, when the reply is difficult, »Well, it is like —«. This is the major way in which the vocabulary of language is formed. The grand and vigorous function of metaphor is the generation of new language as it is needed, as human culture becomes more and more complex.” Says Julian Jaynes, the American psychologist and author of the 1976 book The Origin of Consciousness in the Breakdown of the Bicameral Mind, about metaphors and language.

Language. An organ of perception, not simply a means of communication. But- is language the road to freeing the mind? And what does that mean anyways? Are we talking about language and consciousness? Consciousness- the thing that starts to develop in humans at around 3 years old, and of which one never can be quite sure how big or complete it has grown? Can we grow consciousness similar to how we can grow language proficiency? Or could we just as well become more and more conscious without language?

Obviously, becoming aware of interesting things and learning them can work just fine without language. There’s millions of videos on Instagram, Tik Tok and Youtube where movers show new moves to their viewers to replicate—and they all work without saying much about the moves themselves. A short look is enough for most athletes to start practicing.

Just for example, I’ve seen an interesting move on Instagram just yesterday, performed by Marcello Palozzo, in reel Ck0tRMTjACg by @palozzo.marcello on Instagram, or via imginn.org/p/Ck0tRMTjACg/

Out of a dozen or so acrobatic moves in his reel this one stood out to me. The whole move took something like 1.5 seconds to perform. I asked my computer to slice this part of the video up and give me 5 pictures for every second. So that’s 8 pictures, evenly spaced in terms of time.

I think these 8 pictures would already be enough for a (quite flexible and strong) dancer or softacrobatics athlete to copy the movement. But just in case you would like to look at the details in the middle, a closer look at the interesting part, the main technique, here’s another slice-up: 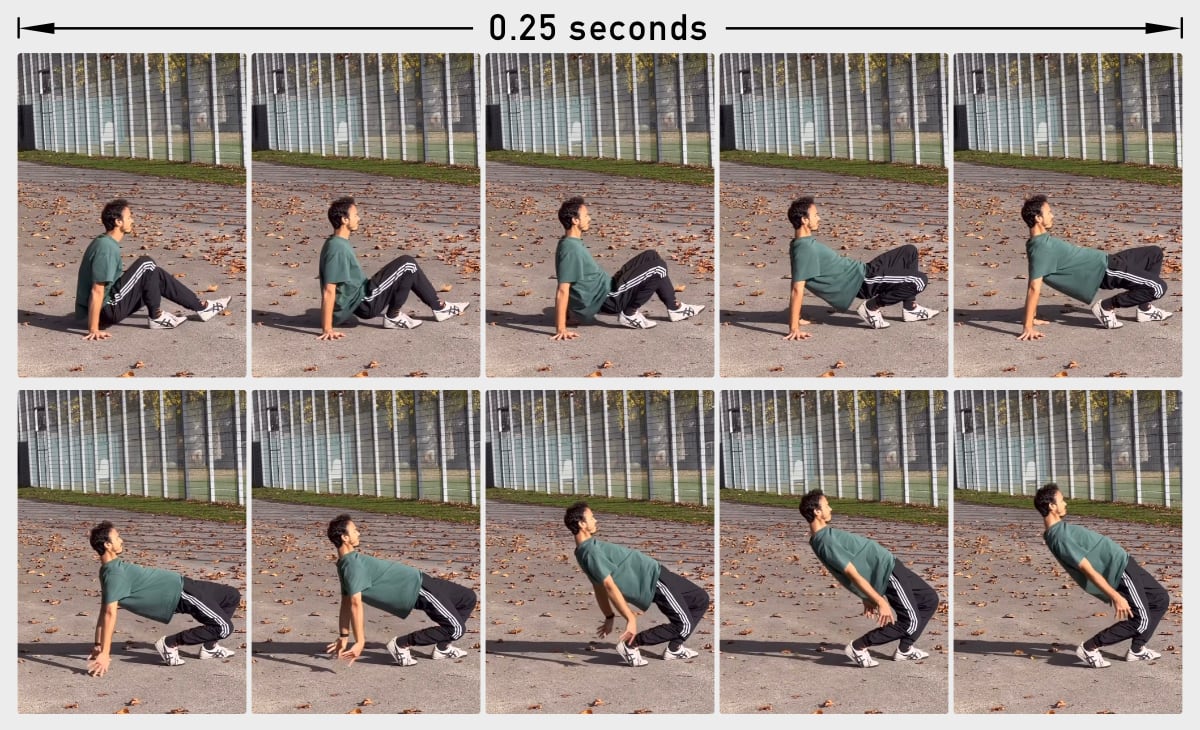 This movement—10 pictures in total—took a mere half second to perform. An athlete might learn such a move for fun, or for a video, and might even make money by performing such a cool move. Another new move learned, well, good for him! And an athletics post might end right here.

But what I’m after, what I’m interested in, is something completely different. I want to grow and improve consciousness. I want to see how deep the rabbit hole goes, and to acquire a piece of this Wonderland myself. And for this we need language.

This means you would need to describe the movement. And to do so, you would have to take the movement apart, identify its parts and their differences, and to tell the sheep from the goats in terms of movement instructions.

Where and how could you place your hands? What difference does each position make in your experience, through your experience? And isn’t that strange- after a couple of variations something inside of you will chose the hand position best fit for the way you act. Where and how could you place your feet? Is there a midline, where is the pelvis? When would you move your chin closer to your chest? This too could be chosen for you. By whom, by which means? Where do you look at? How would a differentiation of your eye and head movements improve the overall movement? Which hand leaves the floor first? Marcello Palozzo has his his right leg bent more than his left, and his left hand leaves the floor last. Maybe at first his weight is more on his right leg? Is that a contra-lateral gait pattern? How does this compare to a classic Lunge get-up? Is driving one knee forwards, and then the other, easier than driving both knee forwards at the same time? When is the earliest time to extend the right hip? When could be the latest time? How would this shift in timing hip extension change the overall movement and in which ways? What would be the benefits, what the disadvantages? But enough already, I could build an entire workshop around these questions. (And so could you.)

By using language, by putting movements and differentiations into words, you will enter a world that was right in front of your eyes all the time, yet it was hidden from you. In a certain sense—used in a certain way—language is the key to consciousness, the key that opens the door… the bulldozer that paves the road… to becoming more and more conscious.

In the 1999 movie The Matrix, the main character Neo is offered the choice between a red pill and a blue pill by character Morpheus. “You take the blue pill… the story ends, you wake up in your bed and believe whatever you want to believe. You take the red pill… you stay in Wonderland, and I show you how deep the rabbit hole goes.” Says Morpheus. This Red Pill Blue Pill story represents a choice between embarking upon a life-changing journey or to staying with whatever cards one has already been dealt. “But is it a choice, really?” Ask I. When reading Julian Jaynes’s hypothesis on how the human mind has changed over the past 3000 years from being bicameral to conscious then taking Morpheus’s red pill might not be a choice at all, but merely a breaking-in of our new pair of shoes. 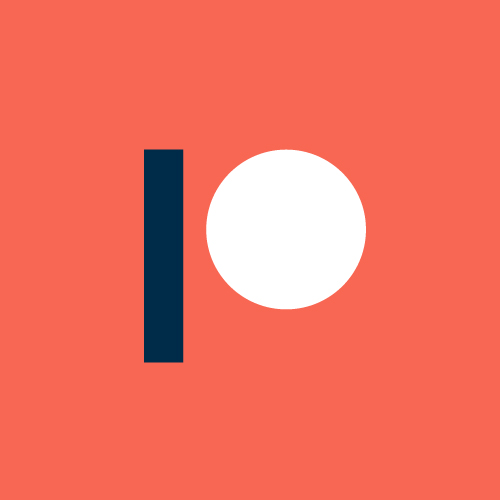 It's students and supporters who help me keep the lights on. A big THANK YOU! Support your teacher - become a patron

© Alfons Grabher 2010 - 2023 All rights reserved. This website does not use cookies, does not do user tracking, does not do dynamic-request loading of Google fonts, does not save Logs, except the server logs required by law. I do not analyse these server logs. Legal Information: Impressum, Datenschutzerklärung GDPR